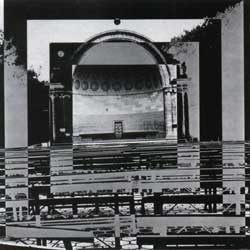 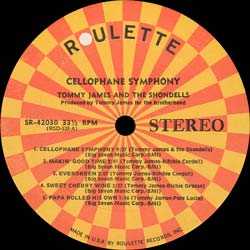 CELLOPHANE SYMPHONY was unexpected and shocking to many TJ & S fans. It was a bold step forward for a group that had only recently crossed over from AM Top-40 to FM radio and, before the dust settled, became one of their most highly acclaimed works. At its heart, was the newly created and futuristic Moog Synthesizer, which allowed Tommy and the group to stretch their musical boundaries even further than they had done on the "CRIMSON & CLOVER" album.

In addition to the million selling hit "Sweet Cherry Wine" the album contained several experimental tracks with lots of psychedelic stereo "ear candy" which underground radio found irresistible and caused many at Roulette Records to wonder what Tommy and the guys were smoking. Lots of sixties fun.