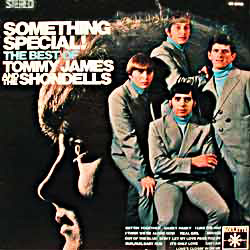 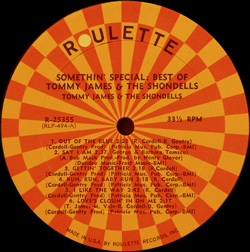 SOMETHING SPECIAL: THE BEST OF TOMMY JAMES AND THE SHONDELLS was, of course, a tremendous milestone for the group... their first "Greatest Hits" LP. Released in the fall of 1967, it contained all eight of their million selling singles up to that point, including their latest, "Out Of The Blue". It also contained "Real Girl", which was used successfully by Revlon / Real Girl Cosmetics in its national radio and TV commercials.