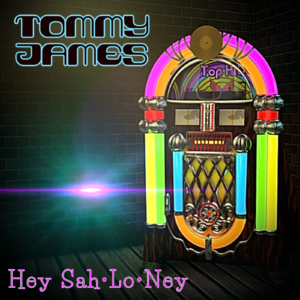 The legendary Tommy James, known for timeless hits such as "Crimson and Clover," announces the release of an infectious cover of “Hey Sah-Lo-Ney,” an exciting rocker originally released in 1965 by Brill Building songwriter Mickey Lee Lane. “This track would have been the perfect follow up to ‘Mony Mony’ back in the day!,” says James, who shares his great love and knowledge of rock ‘n’ roll history as a star DJ on SiriusXM’s 60s on 6 channel.

“Hey Sah-Lo-Ney” was popularized during the Northern Soul movement out of England in the ‘70s, which celebrated American eclectic Black music with a heavy back beat and fast tempo. “I love that fans created their own genre, along with the amazing dancing happening in the clubs during that era,” says James. “They didn’t want the funk and disco coming out of the U.S. at that time, so they sought out classic, obscure, and underappreciated R&B .. music that still sounds fantastic today.”