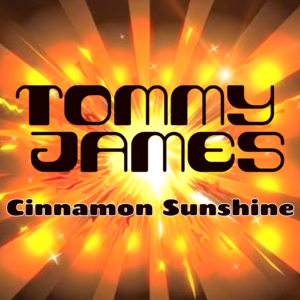 Hitmaker Tommy James was a big fan of his fellow rock stars in the 1960s. On his new single “Cinnamon/Sunshine,” he pays homage to two longtime favorites with a cover medley of Neil Young’s “Cinnamon Girl” and Cream’s “Sunshine of Your Love.” “I’ve been wanting to glue these two songs together for a long time,” says James. “The riffs work together hand-in-glove. They’re the same tempo and key - yet totally different songs!” The track will be released to digital outlets worldwide on March 20, 2020 via Aura Entertainment/The Orchard.

Tommy James is celebrated not only as a singer and songwriter with his band The Shondells in the 1960s, but also as an innovative producer of smashes “Crimson and Clover,” “Mony Mony,” and “Crystal Blue Persuasion,” with many millions sold in his fifty years of making music. In this bright and tight mashup of Neil Young’s enduring 1970 love song and Cream’s haunting Top 5 hit from ‘67, James showcases his enduring skills as a singer and producer.