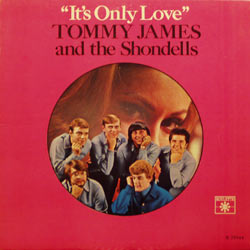 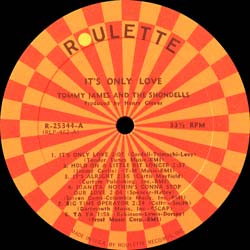 IT'S ONLY LOVE was Tommy James and the Shondells' second charting album. Released in the fall of 1966 on the heals of the million selling HANKY PANKY LP, it was essentially the group's third gold single "It's Only Love"  combined with a collection of cover songs from the Roulette/Big Seven Music publishing vault. Produced by Roulette's in-house A & R man Henry Glover, it featured Tommy and the group with some of New York's best session players.

The album cover is also of historic interest as it was the first in-studio photo session ever shot by Linda Eastman... before she became Mrs. Paul McCartney.