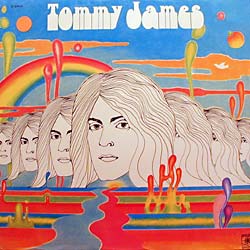 "It was a bit strange and a little
scary making music without
the Shondells... but it gave me a
chance to experiment with a lot of
new sounds and ideas" 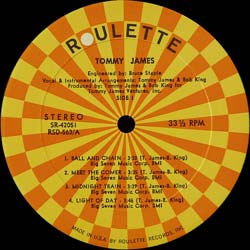 "Neon", a group Tommy was producing for Paramount Records, became his new studio and touring band. Their hard, gutsy style was perfect for Tommy's new musical persona which now relied more heavily on rhythm and a grittier guitar sound.

From this album, Tommy scored his first two chart hits as a solo artist, "Ball and Chain" and "Come to Me".

"Come to Me" & "Lady Jane"
Music tracks performed by The Shondells