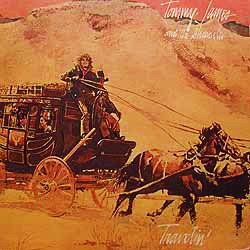 "Gritty and Grainy, like
dust in your mouth and
sand in your boots" 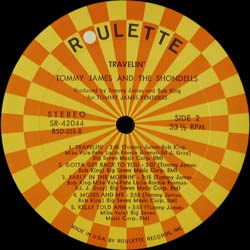 The TRAVELIN' album was considered by many to be Tommy James and the Shondells' finest work. It would also be the last album Tommy and the group would record together.

It was the hardest and edgiest they had ever sounded with almost no technical tricks.

The album, which contained two more gold singles for the group, "She" and "Gotta Get Back To You", went "top ten" on the charts and sold nearly two million copies. It would also be an elegant, final statement of an era and a band that will live forever. One can only wonder what their music would have been like if they had stayed together for another ten years.