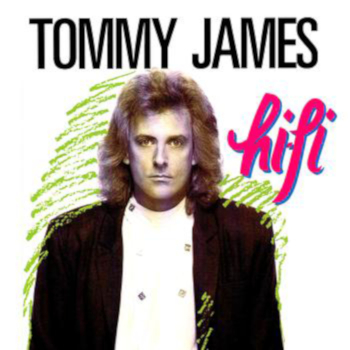 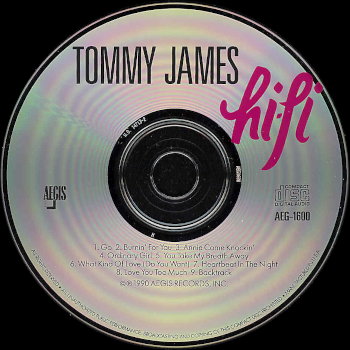 As the 1980's unfolded, Tommy's music went through a renaissance. Besides being a staple on classic rock and oldies stations, his songs began popping up everywhere... in films, on TV and cover recordings by other artists. Joan Jett had a smash hit with her remake of "Crimson & Clover" while Tiffany and Billy Idol had back-to-back number one records with "I Think We're Alone Now" and "Mony Mony" respectively... his catalog was getting hot.

Because Tommy had continued a vigorous recording schedule throughout the eighties and stayed on top of the new digital technologies that were transforming the music industry, he was ready when longtime friend and record exec Ron Alexenberg asked him to do a new album for Aegis Records...

...The result was hi-fi: an artful mix of lush, synthesized orchestrations offset by hard driving guitars and percussion .... and of course, nine great new TJ songs.

The two singles released from the album were "Go" a smokin' "get outta your seat and dance" track and "You Take My Breath Away" a seductive, mid-tempo love song.

The hi-fi album was released in the summer of 1990 and was Tommy's first album in ten years.