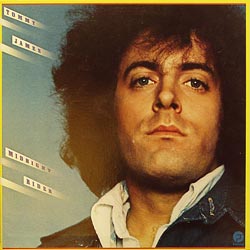 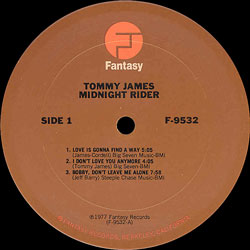 MIDNIGHT RIDER was the second Tommy James album released by Fantasy Records. This time the setting and the sound was vintage, 70's LA and Tommy turned the entire production over to legendary songwriter/producer Jeff Barry. It was the first time their names appeared together since Tommy's first hit record "Hanky Panky" back in 1966 which Jeff co-wrote with long time partner Ellie Greenwich.

The songs on the album, written by Tommy and Jeff, were a textbook example of beautifully crafted "California soft-rock" and featured some of LA's best studio players and singers including Michael McDonald, who had just joined The Doobie Brothers, Timothy Schmitt of The Eagles, Al Stahaely from Spirit and the great Nino Tempo on Sax.

This collaboration between two of the record industry's most celebrated hit makers produced one of the smoothest and most satisfying musical treats of the seventies.